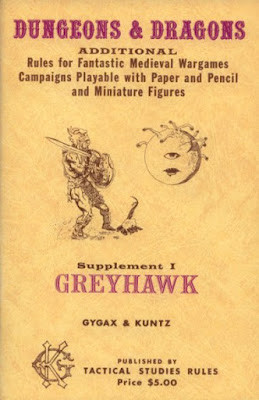 In The Strategic Review #1, it was noted that the first of a series of D&D supplements was on the way. Supplement I - Greyhawk would be published in March of 1975. Written by Gary Gygax and Rob Kuntz, it was heavily drawn from material used in their home campaign. In many ways, it's probably the most historically important D&D product outside of the original boxed set; so many of the new rules and game elements introduced here become integrated into the core game that it's almost unrecognisable without them. Dungeons & Dragons, as the vast majority of its players would recognise it, is born here.

Details and conjecture relevant to the Ultimate Sandbox 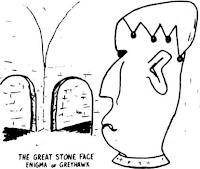 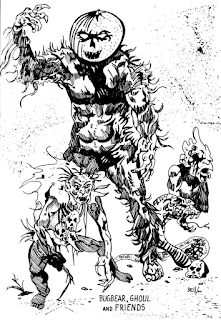